The Pivot: from high finance to a personal wilderness with Sunil Arora

Going from the world of high finance into a deep personal wilderness, and making it out the other side with a very different worldview.

The Pivot is a series where we talk to people with non-linear careers about how they navigated one of the transitions in their career journeys. The people we speak with come from a diverse range of industries, countries and career stages - but they all have one thing in common: they’ve made the pivot.

In 2014, Sunil Arora was burned out and standing at a career precipice. He went into his own personal wilderness to rediscover what mattered most.

I’m a proud product of a classic immigrant story. My Dad came to the US as a graduate student at Cooper Union.

I was born into a privileged existence in Silicon Valley, by then with a winning lottery ticket:

I was incredibly lucky.

I was the good son of an immigrant - working hard and doing well in school - and it took me a while to think about how to apply myself more consciously and intentionally.

I went to college at UC Berkeley and studied business and sociology. As I came out, I knew I wanted to do something open-ended without a ceiling. People in the business program mostly went out and did one of three things: investment banking, management consulting, or financial accounting. All interesting and lucrative, but all had a cap and a pre-set path.

Instead, I went to a small financial firm in the hedge fund world. I was able to work hard and prove myself.

That was the start. I was there for 4 years before my girlfriend (now wife) decided she wanted to go to graduate school. She was accepted to a school on the East Coast, and I decided to head east as well because I was ready for a new challenge. I had a great job and comfortable life but the thought that kept going around my head was,

'there's got to be more here'.

That move to NYC wasn’t a pivot in the classic sense - doing  something different (yet) - but it was still a pivot; leaving a very comfortable setup behind and moving to a different place, having to adapt to new surroundings, new networks, new challenges.

I moved to New York in the summer of 2008. I signed a lease on an apartment, and it wasn’t long until I had several possible jobs in the works. Things looked great, but you can probably guess what happened next.

Everything fell apart as the financial crisis hit.

I somehow got a job at a wealth management firm in November 2008, but something happened in my mind during those few months. Maybe it was the first time I decided to look at things from a different angle in line with the thought, ‘there’s got to be more here.’ I was struck by how the greatest economy in the world had gotten to this point and how we could avoid it happening again in the future.

I went back to school and got a master’s degree in public policy, with a concentration on international finance and economic policy, and the thought that I was going to explore the world of finance from a public perspective. But upon finishing my program, I got an unexpected opportunity with a fintech startup (fintech was nowhere near as popular as it is now). The founders approached me to help start and run their NYC office. It was a chance to do more, learn more. I excitedly took it. Over the following 4 years I learned hugely valuable management and leadership skills. It was really hard and really great.

Then came the big pivot...

By 2014, I was feeling burned out. I knew something had to change.

I started to look at three things, and triangulated between them:

With my background, I knew I could probably land a good salary and a good job, but I may well have woken up a few months later realizing I’d  basically ended up doing the same thing as before.

Something struck me about how to mitigate that risk - and yes, I know that doesn’t sound like a risk in the way we normally think about it, but for me at that point the real risk was in ending up doing the same thing.

I also realized I had actually never made a decision in white space: I’d never hit pause and taken stock.

I decided to quit and go into my personal wilderness.

Before describing what I did over those following six months, I want to acknowledge that taking that kind of pause takes a level of luxury and privilege. I’d worked hard for a long time, but I also inherited privilege. I’m very grateful for that.

So off I went into my own personal wilderness. To be clear, it was very anxiety inducing at the outset. I'm the Type A guy - I get stuff done, things are planned out. Months of doing... nothing? Just being?

During this time I had two objectives: do some mental exercising for the first time; and flesh out a few business ideas.

The first - the mental exercise - came in four parts. I started seeing a therapist, working with a coach, meditating, and journaling. The first two of these are expensive, but the second two are completely free.

The common theme with everything during this period was it was the first time I was sitting alone with my thoughts - auditing my personal and professional past.

On the business side, the first idea I had was around coaching as I pieced together that I'd been in this role my whole life, but always as an afterthought. I’d never truly acknowledged it: I was a sales guy, strategy head, policy analyst; always glad to listen and be helpful, but surely never anything more than that! This thinking started to change while I was in my wilderness.

There were 3 big challenges in the pause:

I tell people about these all the time now. If you’re thinking about hitting pause to make a transition, sit with these three things first. The first is actually easiest because it's math. The other two are far more challenging than they seem.

The time in the wilderness, the pause, was the best gift I ever gave myself, but also the hardest thing I've ever done.

The 4 things I was doing - therapist, coach, meditation, journaling - told me it was time to do something more.

I put my explorer hat on and thought about the structure of a coaching business and fleshed it out: how to do work with people; which models and frameworks I wanted to use; how to charge; and so on.

Pretty soon, I put it out there to my community that I was thinking about doing this work more formally - very simple, just an ask of 'who wants to work on it with me?' Then in late 2014 I started doing it, working as a coach.

After working with just a few people, I quickly knew 3 things: I loved it more than anything I had done before; I was really good at it; and I had a unique edge - not having an L&D or org psych background - but the combination of my commercial mind and industry background and true love of the discipline.

At the same time, a few other opportunities were popping up. I was pretty scared about the big pivot - my Linkedin made total sense until then: I was worried about getting that question from my finance and tech friends;

As I shared more about my thoughts about pivoting into the coaching world, people then said;

'I completely get it, but why don't you wait until you're X age with Y $$$? In the meantime, you could be part of the next unicorn startup'.

I could see some were just projecting their own fears and insecurities but it was still valid, and touched on my own fears.

After all that time and exploration, I didn't launch.

I took a job at another startup. I worked on my coaching on the side, but not properly because really I’m either 0 or 100.

I spent all of 2015 fighting with myself.

It was painful at the time, and painful at the end, when I finally left the startup and broke out on my own. It's also something I would never change.

The horrible parts of that year were all as much a part of the journey as the pause.

Then, just when I finally decided to go and do it, we found out my wife was pregnant after a long infertility battle…! This time, though, I wasn’t looking back.

I launched my coaching practice in early 2016. I believe to do it I had to explore my own wilderness, sit with the pain of the job I didn't want to do and the person I didn’t like being, and that feeling of riding a bike with flat tires - just grinding through.

Today I get to spend my time doing what I truly believe is my life’s work; I spend half of my time coaching people 1:1 to navigate leadership challenges, professional transitions, and business building and the other half of my time holding space in group settings to facilitate workshops and trainings.

Sunil’s tips to help you through your own career transition

First, figure out what forms of mental exercise you need. Two of mine are expensive, but two are free. And of course, there are more: visualizations, breath work, gratitude reflections, all kinds of things. There are no ‘right’ kinds - just the kinds that work for you to to quiet the mind. You can do much of it on your own.

The importance of mental exercise is even higher when you're not taking a pause to give yourself more space to think about the next leg of your journey. We hear about what we need to do to take care of ourselves physically - sleep, food, exercise - but our brains need to be treated in the same way. We all need to be doing at least one thing to mentally exercise on a regular basis.

Today in my practice I see a theme of;

'I don’t think my skills translate anywhere else'

'I’ve been fortunate to get here; I’m not going to be able to replicate that somewhere else'.

This thinking often comes from a lack of belief and a lack of appreciation around owning your own unique narrative.

A lot of people I work with aren’t fully holding their values or what they define their purpose to be alongside their prior experience and what their superpowers might be.

It’s also important to define what success means, especially in a more holistic sense - beyond title, compensation, or external validation.

There’s a need for people to get support with the paradox of choice, analysis paralysis. That support can be through the kind of work I do 1:1, or what Fondo does one to many. The economy will continue to evolve to a place where there's absolutely no ‘job for life’.

It's ok to be overwhelmed by the options - a lot of people feel the same anxiety when they think about navigating their journey.

Surface it, voice it, and accept that with kindness to yourself first; then think about the tools and support you need.

You’ll be surprised what you’ll learn about yourself from some mental exercising and time in the wilderness, even just for a very short time.

Sunil Arora is an executive coach based in New York City working with founders and senior executives, professionals in transition, and small business owners. 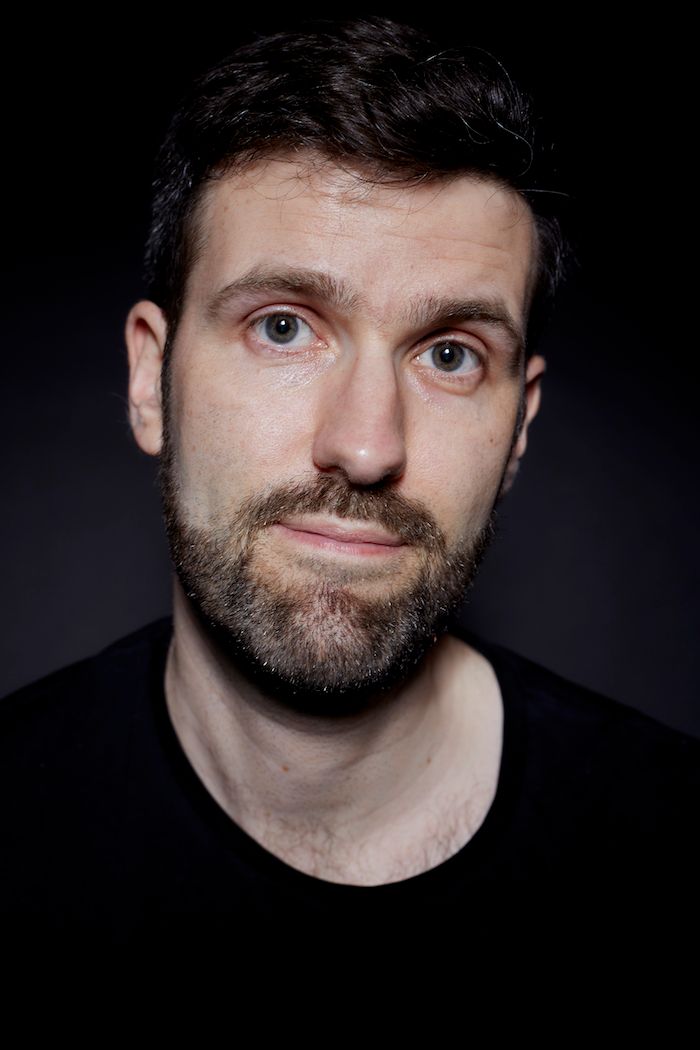 Tools Career Tools: A Stand-Up session to help you stay on track 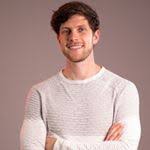 Career Transition The Pivot: from the Marines to music, to making the most of human potential - with Ben Roosink 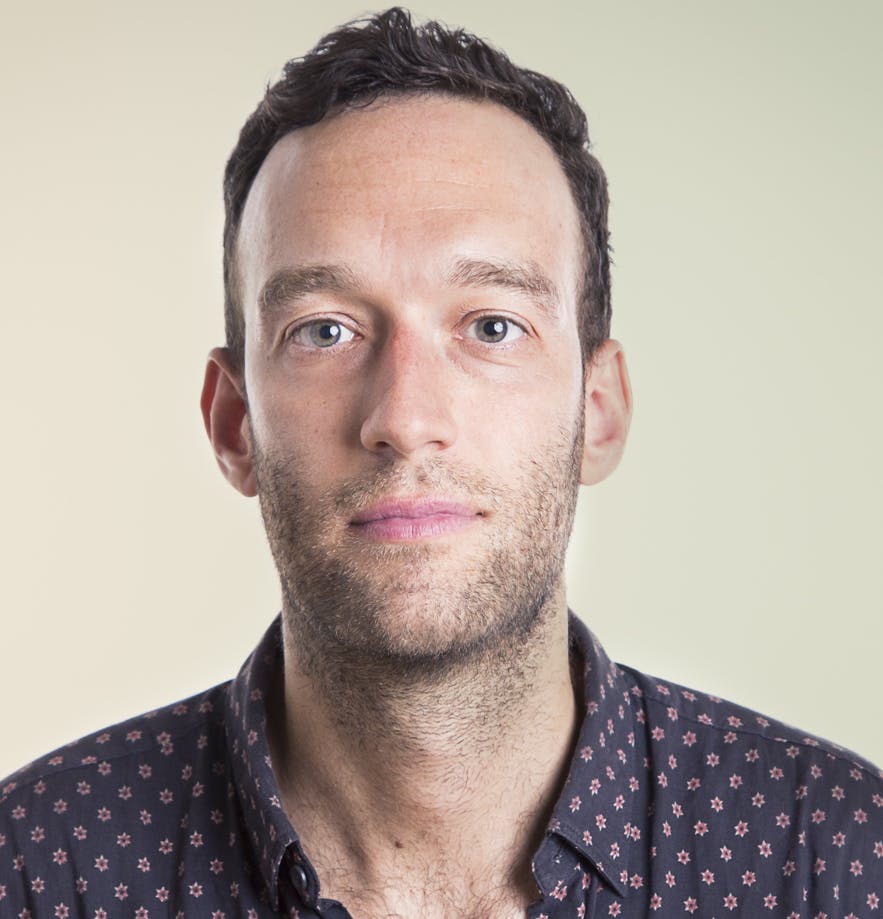 Career Transition The Pivot: transitioning from live entertainment to sustainability with Murray Gray